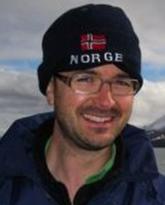 The Geomicrobiology Group was established in 2014 and focuses on the biogeography and ecophysiology of microorganisms in deep biosphere habitats including marine sediments and petroleum reservoirs. Particular research interests include extremophiles (anaerobic thermophiles) such as dormant thermophilic bacteria in permanently cold Arctic marine sediments that appear to derive from deep hot petroleum deposits. Understanding microbial communities in subsurface petroleum reservoir habitats will lead to a better understanding of the distribution of these organisms and will underpin geo-biotechnologies for the geoenergy industry, e.g., in areas such as reservoir souring control via nitrate injection, enhanced recovery of energy assets by in situ microbial conversion of crude oil into methane, and using microbes as bioindicators in oil and gas exploration. The role of seabed hydrocarbon seeps in determining marine microbial diversity is also of interest with respect to understanding biogeography and dispersal vectors (e.g. do seeping fluids facilitate deep-to-shallow transport of cells?) and also with respect to the presence of a microbial seed bank in the ocean capable of hydrocarbon biodegradation, e.g. in the event of an oil spill. Since receiving his PhD from the University of Calgary in 2004, Dr. Hubert has worked for the past several years as a scientist at the Max Planck Institute for Marine Microbiology (link is external)(Bremen, Germany) and as a research fellow and group leader in Newcastle University's School of Civil Engineering & Geosciences(link is external) (Newcastle, United Kingdom).