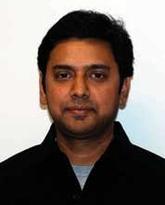 Research in my lab focuses on exploring the cellular signaling mechanisms that regulate compatible pollination events during plant reproduction and elucidating the complex interplay between compatibility and incompatibility pathways.

Successful plant reproduction is dependent on a compatible interaction between the pollen/pollen tube and the pistil. Flowering plants cannot control the type of pollen grains that land on their stigma and have therefore evolved appropriate selection and recognition mechanisms to either accept or reject the pollen. During a compatible pollination event, following a favorable interaction between the pollen and the pistil, pollen tube grows through the style and fertilizes the ovule. In species of Brassicaceae (canola, broccoli, cabbage, Arabidopsis) which are characterized by dry stigmas, pollen recognition occurs at the earliest stages of pollen adhesion and hydration. Only compatible pollen is capable of inducing the stigma to release its resources such as water and other factors necessary for pollen growth, while incompatible pollen is blocked either prior to hydration or during attempts to penetrate the stigmatic barrier. The pollen-pistil interaction that occurs during this process is the major determinant of successful reproductive development. It also provides a unique system to study cell to cell communication/interaction, which is a critical underlying principle of development. I am particularly interested in utilizing the Brassica self-incompatibility (SI) system to understand the molecular mechanisms behind pollen-pistil interactions. SI is a genetic barrier that prevents self pollen from developing on the pistil. Plants utilize the SI system to eliminate inbreeding, and to promote hybrid vigor and genetic diversity. Molecular and genetic analyses of SI system have revealed a complex, receptor-ligand interaction-mediated, protein kinase-dependent signaling pathway that co-ordinates the rejection of “self” pollen. SI signaling is proposed to act through blocking compatibility factors from being delivered to the site of pollen attachment. Our goal is to identify the early signaling mechanisms that control compatible pollen-pistil interactions, and to identify signaling pathways and mechanisms through which SI negatively regulates this compatibility network. Given the fact that reproduction is the most important agronomic trait of a plant, understanding plant reproduction allows us to develop strategies to improve crop yield.