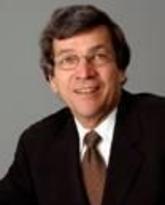 His research group has improved Density Functional methods and software, which has helped to extend the range of applications. New improved functionals have been proposed, tested, and implemented in the code suite deMon, developed in Montreal and now in use in dozens of labs around the world. A fusion of DFT-deMon with other techniques (reaction fields, molecular dynamics, etc.) is underway. Current efforts are aimed at describing reactivity in complex environments: transition-metal catalysis, on the one hand, and enzymatic catalysis, on the other.

Dr. Salahub's overall research goal for the next decade is to develop the theoretical, computational, and conceptual expertise necessary to attain a detailed microscopic understanding of chemical reactions taking place in real, complex environments.