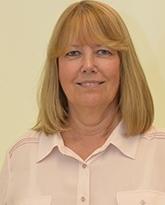 One of the main goals of our research is to produce useful thin film materials which can serve as electrocatalysts in fuel cells, to protect metals from corrosion, to serve as a matrix for enzymes for biosensor applications, and to create useful nanoarchitectures. Some examples of the research currently underway in our group are given below.

One of the most active areas of current research is related to the development on new catalysts for fuel cell applications, as well as to further the understanding of factors which lead to the degradation of fuel cell performance. Fuel cells are energy conversion devices which are efficient, quiet, and environmentally friendly. In one branch of this research, which is supported by NSERC and, in part, the Electrometallurgy Consortium, we are working on novel methods to form thin films composed of nanometer sized metallic, or metal oxide particles, using a derivative of the sol-gel technique (Harry Tsaprailis, Kerry Holmes, Jeff Soderberg). These are then tested for their ability to serve as an electrocatalyst for hydrogen, methanol or ethanol oxidation, or oxygen reduction, in low temperature PEM fuel cells. In another project, recently supported by Ballard Power Systems, we are developing new low cost cathode materials for the reduction of oxygen (Ana Mani, and before her, Dr. Aislinn Sirk), and a patent on our newly developed materials has recently been filed.

Our work on solid oxide fuel cells (SOFCs), funded primarily by NSERC, has focused on developing reliable methods to determine the kinetics and mechanisms of fuel oxidation and oxygen reduction (particularly Anne Co, now a post-doctoral fellow at NRC, and Pete Keech), as well as on establishing the important effect of electrode porosity (Anne Co, Jeff Soderberg) on fuel cell performance. As well, we have been successful in the synthesis of nanometer-sized electrocatalytic particles for SOFC applications, with these materials showing great promise in terms of enhanced performance (Joseph Fournier, Pete Keech, Sherman Kung, Trinh Nguyen, Danielle Trifan). Some of our more recent efforts have also been on increasing SOFC performance and resistance to poisoning through the use of mixed ion-electron conducting anodes and cathodes (Joseph Fournier, Dr. Louise Liu, now at West Virginia University Institute of Technology).

In another major SOFC project, in collaboration with Versa Power and McMaster University (Dr. A. Petric), we are focusing on understanding and overcoming the degradation of performance of high temperature SOFCs (Pete Keech, Dr. Scott Paulson, Jason Young). The specific types of problems that are being addressed include the effect on anodes of sulfur in the fuel and of exposure to air when the anode is still hot, the impact of Cr from the interconnects on cathode behavior, and the deleterious effect of thermal cycling.

Another recent project (Jeff Soderberg, Dr. Li Sun) is directed towards further improving the performance of microtubular SOFCs, in collaboration with the Alberta Research Council (Dr. Partho Sarkar), Prof. Josephine Hill (Dept. of Chemical & Petroleum Engineering) and her Ph.D. student, Max Cementi, and Advanced Measurements Inc. Both the anodes and cathodes are currently being evaluated and optimized, with the longer term goals of this project being to enable operation with liquid fuels such as alcohols.

In another major branch of our work, funded by Honeywell Inc., the primary research goal is to electrochemically produce a thick, protective oxide film on the surface of specialized light weight Al and Mg alloys, to be used in Aerospace applications. In the case of the Al alloys under study (Eric McLeod, and previously Dr. Rudolf Potucek), they contain a relatively high percentage of Cu (up to 6%). Therefore, most solutions and approaches normally employed to anodize Al will result in the dissolution of Cu, thus leaving the surface in a porous and weakened condition. The goals of our work are to identify a solution and voltage/current program which will result in the formation of a uniform, thick and adherent film over the entire alloy surface, resistant to penetration by water of chloride ions. In the case of the corrosion protection of Mg alloys (Dr. Shen Xia), we have recently patented a novel waveform for oxide deposition and are also working on the use of various sol-gel and polymer coatings to further increase the corrosion resistance of these oxide-coated alloys.

The researchers in this area (Amit Jhas, and previously Dr. Erfan Abu-Irhayem), funded by NSERC and involving collaboration with Prof. Hanna Elzanowska (Univ. of Warsaw) and Dr. Graham Julien's group in the Dept. of Electrical and Computer Engineering, are aiming at developing a stable glucose biosensor for the treatment of diabetes. This is being accomplished by embedding an enzyme, glucose oxidase, into a porous, conducting matrix of nanoparticulate Ir metal or Ir oxide (IrOx) thin films. In the presence of oxygen, the enzyme reacts with glucose, forming hydrogen peroxide, which is sensed as current at the IrOx electrodes. Without oxygen, IrOx reacts directly with the enzyme, delivering current, and regenerating it active flavin site after each reaction with glucose. Ir-based electrodes have been chosen because they are stable to dissolution, are conducting, and most importantly, they are tolerated well by the body. Our present work is focused on the optimization and fabrication of a continuous-glucose biosensor, for use as a novel in vivo artificial glucose homeostatic control system. Future work will be directed towards other redox-active enzymes, benefiting from the advantageous properties of IrOx thin films.

A recent project, funded by Honeywell Inc., is focused of the electrodeposition of metal coatings on other metallic surfaces to enhance their wear protection. This work is being carried out by Dr. Shen Xia, and present efforts are focusing on Ni and Re electrodeposition of a range of metal and metal oxide nanoparticles (Harry Tsaprailis) for fuel cell applications.