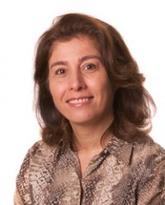 The research interests of Dr. Jalilehvand include speciation and structural determination of metal complexes using synchrotron based X-ray Absorption Spectroscopy (XAS). An XAS spectrum gives information on interatomic distances, the number and chemical identity of near neighbors surrounding the central absorber atom, and also its oxidation state.

The main advantages of this technique are: 1) XAS is element specific, and makes it possible to probe the local structure around almost any element in a sample (except the lightest ones in the periodic table), down to low concentrations. 2) The XAS technique can be used for atoms in any aggregation state (solid, liquid, or gas), in all kinds of environment: crystalline solids, glasses, amorphous phases, liquids and solutions.

The XAS spectra are measured with synchrotron radiation. Nowadays, there are several facilities around the world, which provide high intensity radiation in a continuous energy range from infrared to hard x-rays. One of these is the Canadian Light Source (CLS) in Saskatoon, which is under construction.

One exciting project concerns sulfur speciation in marine-archaeological shipwrecks, such as the 17th century Swedish warships Vasa and Kronan, the Australian ship Batavia, and the 16th century Mary Rose, England, which are displayed in museums. Recently, because of problems with salt formation and wood deterioration, I made XAS studies of core samples from these ships, which revealed that large amounts of elemental sulfur (S0) have accumulated in the wood when the wrecks were submerged. The XAS spectra show that in the museum environment the sulfur is oxidized to sulfuric acid (SVI) in a stepwise process, making the wood soft and acidic! The oxidization seems to be catalyzed by iron ions in the wood. In collaboration with marine-archaeologists, we will analyze samples from different sites, develop methods to remove sulfur and iron from marine-archaeological wood, and find ways to stop the oxidation process. (Ref.: Nature, 2002, 415, 893-897)

Another interesting project in this group is application of the sulfur XAS technique as a new tool to follow the uptake by plants of SO2(g) where it eventually transforms to sulfate SO42-, a part of the environmental sulfur cycle. Exposure of plants to SO2(g) accumulates sulfur compounds in leaves and wood. Sulfur XAS can be used to show the distribution of the sulfur compounds, and to get insight in how they interfere with and reduce photosynthesis.