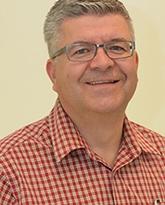 Firstly, we are interested in elucidating toxicologically relevant biotransformations of environmentally abundant toxic metals and metalloid compounds in the bloodstream since these reactions will fundamentally determine the toxic effect at the organ level. Since numerous toxicological studies have demonstrated that toxic metals and metalloid compounds (which are ingested via the diet and drinking water) can adversely affect the metabolism of simultaneously ingested essential elements, we aim to elucidate the underlying molecular mechanisms. To this end, we have structurally characterized two previously unknown metabolites which are formed in the mammalian bloodstream. The fact that these compounds contain As-Se and Hg-Se bonds implies that intestinally absorbed Hg2+ and H3AsO3 (arsenite) will adversely affect the metabolism of selenium. Hence, these metabolites are likely to play a fundamental role in the molecular mechanism underlying the chronic toxicity of Hg2+ and H3AsO3 (in humans.

The second major thrust in our group is the application of a recently developed instrumental analytical technique, which is based on the hyphenation of size exclusion chromatography (SEC) with an inductively coupled plasma atomic emission spectrometer (ICP-AES), to directly analyze mammalian plasma for the contained Cu, Fe and Zn-containing metalloproteins. Since it is well known that certain human diseases are associated with increased or decreased plasma concentrations of certain metalloproteins (e.g. Wilson’s Disease patients have a greatly decreased concentration of the plasma Cu-metalloprotein ceruloplasmin), the potential of this technique to diagnose human diseases is currently being investigated.

The third research direction focuses on the application of the developed SEC-ICP-AES technique to study the transport of biologically active metal/metalloid-containing compounds (e.g. toxic metals, metalloid compounds) in blood plasma in vitro. This is accomplished by the addition of the compound of interest to plasma and its subsequent analysis by SEC-ICP-AES. Monitoring the emission lines of the element of interest in addition to those of Cu, Fe, and Zn is used to gain insight into the fate of the compound of interest in the bloodstream.