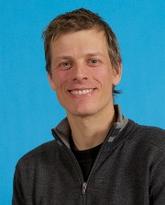 My research interests involve the quantitative study of Earth structures and processes which can only be probed remotely through the inversion of geophysical data, and developing computational methods to truly understand data information content to resolve the Earth. I work on several geophysical inference problems across disciplines and at a variety of scales ranging from studying the fine structure of shallow Earth and seabed to ultra-low velocity zones near the core-mantle boundary.

My research concentrates on developing and applying probabilistic (Bayesian) inversion methods to gain deeper understanding of Earth processes. This work is computationally intensive and includes advanced algorithm development, bridging with the statistics community, and the use of novel hardware (CPU/GPU hybrid computer clusters) to advance geophysical data analysis. Much of the numerical work is carried out on the supercomputer Raijin at the National Computational Infrastructure facility.

Geophysical inverse problems, such as the above, are inherently nonlinear and nonunique, such that a range of solutions (Earth models) may fit the data and must be rigorously accounted for in a meaningful interpretation. Simply considering optimal models (i.e., the model that best fits the observations) is insufficient to study parameter variability, where variability is a measure of the inherent spatial and/or temporal heterogeneity of a geophysical property. Rather, parameter uncertainties, which are a measure of the knowledge of an environmental parameter value, need to be considered. Uncertainty arises from observation errors and limitations in the model (e.g., theory and parametrization) to fully explain the complexity of the observations (i.e., the model approximates reality). Quantifying uncertainty is a prerequisite to studying variability and can be achieved using linear, linearized, and nonlinear probabilistic (Bayesian) methods.

Some specific keywords for my research include: