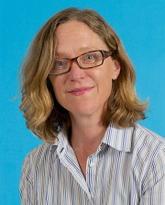 Numerical models of fluid flow provide the means to bridge the gap between geophysical observations (e.g. seismological, temperature, pressure data) and the fundamental processes that govern the production and movement of fluids within subduction zones. I develop numerical models constrained by laboratory measurements on recovered sediments, as well as field measurements from seafloor observatories that provide a continuous record of temperature and pressure throughout the seismic cycle.

Projects to date have focused on Costa Rica, with new projects focused on the Hikurangi margin, New Zealand, and the Japan trench, NE Japan.

3D models of hydrothermal circulation through a network of seamounts

We use the Los Alamos National Lab code FEHM to simulate hydrothermal flow in oceanic crust, focused on sites offshore Costa Rica and New Zealand. In Costa Rica, advective flux occurs through basement outcrops that penetrate regionally thick sediments, but rates and patterns of hydrothermal circulation in this area are poorly understood.The models of hydrothermal circulation provide useful constraints on hydraulic parameters (e.g. permeability of the oceanic crust) and flow rates required to match heat flow measurements in these areas. The calculated flow rates will be used to inform future studies of the microbiology of these systems.

In subduction zones, high porosity sediments on the oceanic plate undergo rapid compaction and eventual lithification, but direct sampling of the continuum that connects these states is limited to end members of shallow drilling and exhumed subduction complexes.  Understanding the evolution of sediment physical properties and hydraulic parameters during subduction is critical, given the control these parameters exert on drainage and fluid pressure distribution through commensurate changes in permeability. Uniaxial and triaxial (shown here) deformation experiments are used to quantify the evolution of physical and hydraulic properties.

Little is known about the "plumbing" of these structures, and  whether their formation is associated with existing permeable pathways (ie. Faults, geologic contacts) that translate pressures to the surface. Similar structures in submarine and terrestrial environments (mud volcanoes) are generally associated with compressional regimes, where high fluid pressures mobilize a slurry of mud and associated methane to the ground surface. The soapholes identified in Alberta represent a likely analog for mud volcanoes, and an ideal opportunity to study their structure using electrical resistivity profiling over selected soapholes. A long term monitoring program is ongoing at two sites, and will continue at a new site instrumented last Fall.