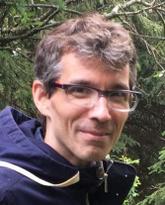 Quantum physics is simple, mysterious, and extremely successful in explaining physical phenomena. Quantum optics, which studies the interaction of light and matter at the quantum level, has been at the heart of the development of quantum physics since the beginning and is particularly well suited for probing the unique features of quantum physics such as superposition and entanglement. We use quantum optical approaches to study potential applications of these unique quantum phenomena (e.g. a future "quantum internet"), to probe whether they are universal, and to investigate whether they could play a role in biology, especially in neuroscience.

Dr. Simon has made significant contributions to the fields of quantum optics and quantum information, often in the form of proposals for experiments or experimental research programs. He frequently collaborates closely with experimentalists, which allows him to make proposals that are both realistic and relevant to his field at any given moment. His most significant contributions are in the fields of long-distance quantum communication (entanglement creation, quantum repeaters, entanglement purification, quantum memories) and of trying to bring quantum physics to the macroscopic level (quantum opto-mechanics, quantum amplification, multi-party entanglement).