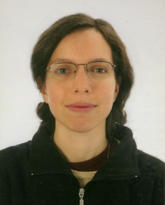 A special class of materials composed of an entangled network of nanoscale objects has been intriguing researchers with an apparent synthetic intelligence that in many aspects resembles synapses in the mammalian brain. These systems have the potential for breakthrough applications related to cognitive materials, and neuromorphic devices. Neuromorphic systems can be viewed as circuit interconnects designed to emulate the neural processing of a biological brain. The highly disordered nature of these assembly network materials is a key ingredient for such brain-like attributes; it offers a decentralized platform of communication for their building blocks, in this case, junctions formed between their object-object contact points. We are dedicated in providing a complete theoretical framework that will disclose the physical mechanisms behind the “artificial consciousness” of these fascinating materials. We aim at developing an innovative computational platform designed to model the memory characteristics and dynamical responses of nanoscale network materials with adaptive behaviour towards changes in their environment. Our findings will help in the development of novel hardware neural networks with brain-inspired architectures for cognitive signal-processing, decision-making systems and ultimately neuromorphic computing applications. Examples of complex nanoscale networks targeted in our studies include core-shell nanowire networks with neuromorphic attributes, seamless nanowire networks for transparent conductor applications, and assemblies of shear exfoliated graphene flakes with enhanced conducting properties.

Sensor technology has been progressing at fast pace due to the increasing demand of smaller-smarter-cheaper devices. Such progress impacts significantly many industrial and commercial sectors of our modern society such as environmental emission control, medical diagnosis, navigation systems, security, etc. As this technology adheres to the nanoscale arena, it became clear that the sensor susceptibility to any sort of external perturbation, given its size, can be considerably improved in comparison to its bulk counterparts. Nonetheless, this property is also an immense obstacle to the field. At the nanoscale, the signal associated to a target stimulus can be commonly fused with several other spurious noises. In order to identify and isolate the influence of the aimed signal, one requires an acute understanding about the intrinsic response of the host material while stimulated. By means of state-of-the-art computational tools, we systematically study electronic, transport, mechanical, and kinetic aspects of nanomaterials under distinct environmental conditions. Emphasis is given to the use of one- and two-dimensional structures such as carbon nanotubes and graphene as host materials due to their outstanding collection of physical features. In particular, we work at obtaining a detailed information about how the host material reacts in response to chemicals, mechanical forces, and time-dependent fields. Our findings can lead to innovative ways of controlling the sensing properties of the nanoscale hosts contributing, hence, to the custom-design of cutting-edge nanotechnology-based sensors.