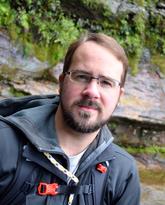 My research focuses on "low-mass stellar systems", including globular clusters (GCs), nuclear star clusters (NSCs), ultra-compact dwarf galaxies (UCDs), and dwarf galaxies. Such objects are found in rich populations around giant galaxies throughout the nearby Universe, and can each be used in their own ways to infer the evolutionary histories of the giant galaxies and galaxy clusters that host them.

I am a member of several large-scale surveys of the Local Universe including the Next Generation Virgo Cluster Survey, Next Generation Fornax Cluster Survey, and Neighbourhood Watch, which are all observational surveys in optical and near-infrared colours designed to identify rich satellite systems around several nearby galaxy groups and clusters.

I am also the PI of a complementary program utilizing the James Webb Space Telescope to search for so-called "intermediate-mass" black holes (IMBHs) in the centres of several compact stellar systems (GCs, NSCs, UCDs, and related "compact elliptical" galaxies). We will be using the NIRSpec integral-field unit to measure the velocities of stars in the cores of the targets to search for the telltale central spike that represents smoking-gun evidence for the presence of a massive black hole. With expected data acquisition in 2022, these data represent an exciting opportunity to prove the existence of IMBHs and study the evolution of super-massive black holes across cosmic time!

Current research opportunities are available in the following projects: