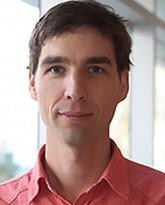 Barclay lab research develops nanophotonic devices for quantum technologies: sensors with unprecedented performance, memories for building a quantum internet, and switches to route photons in quantum networks. To create these novel technologies, group members have become leaders in both the invention of nanofabrication techniques and the demonstration of quantum nanophotonic experiments.

Examples of recent research projects include:

Diamond quantum photonic devices
Spin qubits in diamond are unrivaled in their ability to store quantum information at room temperature. Photonic devices fabricated from diamond are needed to link these qubits for quantum computing and communication technologies.

Paul Barclay completed his Ph.D. in Applied Physics at the California Institute of Technology in 2007, where he performed early experiments in nonlinear optics with high-Q silicon photonic crystal cavities. In 2008 he joined Hewlett Packard Labs, in Palo Alto, California, where he helped establish the emerging field of diamond quantum nanophotonics. His undergraduate degree is in Engineering Physics from UBC, where he received the APEGBC Gold Medal.

Since starting his lab at the Institute for Quantum Science and Technology at the University of Calgary 2011, he has performed pioneering research in the field of diamond photonics, spin-optomechanics, and in nanophotonic quantum sensors.
His group’s impact was recognized in 2019 by the Herzberg Medal for early career researchers from the Canadian Association of Physicists, and in 2017 by an NSERC Discovery Accelerator award. He is a former AITF Scholar and has led two major CFI Innovation Fund projects as well as NSERC and Alberta Innovated Strategic Research Projects. His group members, who also work at the NRC Nanotechnology Research Centre in Edmonton, have won numerous awards, including a Governor General's Gold Medal.

For a full list of publications, presentations and documents visit: