Rockets to the moon ignite STEM research back on Earth

The last time NASA sent a rocket to the moon, the shockwave was felt by scholars around the world.

Not a literal shockwave, though the launch of the mighty Saturn V rocket shattered windows 18 kilometres from Florida’s Kennedy Space Centre, while rattling seismometers 1,500 kilometres away in  New York City.

This figurative shockwave hit classrooms, lecture halls and universities as a thunderclap of inspiration, recalls a UCalgary physicist who was among the millions looking on in awe on Dec. 21, 1968, when Apollo 8 left Earth for humanity’s first crewed orbit of the moon.

“My field, which is space physics, wouldn’t exist without the moon race of the 1960s,” says Dr. Eric Donovan, PhD, associate professor in the Department of Physics and Astronomy.

“In a very real sense I owe my career pathway to the moon race of the 1960s and there's no hyperbole in that.”

Countdown to a wave of inspiration

The sentiment is shared by Donovan’s co-interviewee in the discussion about NASA’s planned return to the moon, Dr. Robert Thirsk, BSc (Eng)'76, Hon. LLD'09, MD.

Thirsk, a former UCalgary chancellor and record-holding Canadian astronaut who spent 204 days in space,  says he expects this week’s launch of Artemis 1 will renew that same sense of discovery.

“I think you’ll see a new wave of inspiration hitting the world once this starts happening,” says Thirsk, who started his own post-secondary journey as a UCalgary engineering student very much inspired by the Apollo program.

“I think the intangible benefits of what we're talking about right now is encouraging young people to consider STEM as a career path, and encouraging society to take on other audacious or seemingly near-impossible challenges that are out there now.”

To the moon, and beyond

If successful, NASA's Artemis 1 moon mission will be a major step toward returning astronauts to the lunar surface, and then onward to Mars in the future.

Over the course of a planned 42-day journey, the crewless Artemis mission will test both the new Space Launch System (SLS) megarocket and the Orion crew capsule, which will be released to orbit the moon before returning back to Earth.

NASA says the inaugural mission of the Artemis program will kick off a phase of space exploration that intends to land diverse astronaut crews at previously unexplored regions of the moon in 2024 and 2025, and eventually deliver crewed missions to Mars.

Though Donovan and Thirsk say they will be watching this new mission with renewed fascination, for UCalgary, a successful return to the moon and beyond is far more than a spectator’s role.

“We’re very much what’s called a ‘space active’ university, and we’ve been very heavily involved in space physics and science going back to the 1960s,” says Donovan, who has worked directly with NASA on projects like THEMIS, which studied mass and energy in a near-Earth space environment.

The research conducted since the 1960s will help astronauts return to the moon, before embarking on a new path of discovery to Mars.

Thirsk is one of the few humans with direct understanding of the one thing each of those astronauts can’t train for — and that’s the awe of leaving the Earth behind.

“After I began training as an astronaut, I read everything I could about space flight — I saw all the movies, I read all the training manuals, and I talked in the hallway with astronauts who’d been there,” recalls Thirsk.

“But when you go up there and see for yourself, it’s something you can’t prepare for. I was about 20 minutes into my first flight, busy at my tasks, when someone tapped me on the shoulder. I looked out, and there was the sun, glinting off the Atlantic Ocean.

“Beyond the ocean was the curve of the Earth’s horizon, and beyond that, the inky, black void of space. It was a view I’ve never forgotten, and even now, it sends a chill up my spine.”

The moon is seen rising above NASA’s Space Launch System rocket with the Orion spacecraft aboard at Launch Pad 39B, during preparations for launch on Nov. 14, 2022, at NASA’s Kennedy Space Center in Florida. 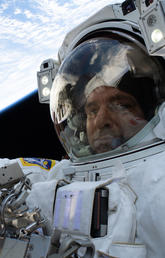 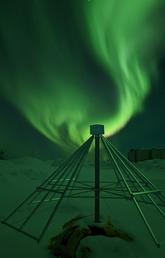 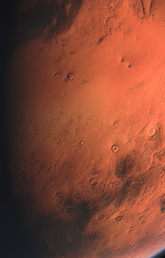 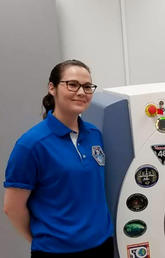 Floating in space might be fun, but TBone study shows it’s hard on earthly bodies 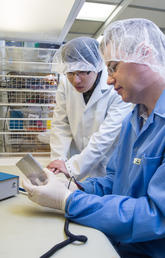 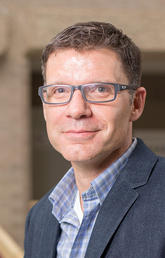