Dr. Kristina Rinker’s biomedical engineering research focuses on science and technology development for the advancement of diagnostics and therapeutics in cancer and cardiovascular disease. For over 20 years she has investigated how the dynamic nature of the body affects how cells function in health and disease and respond to therapeutic treatments.

Dr. Rinker’s team has developed a highly accurate blood test that can detect the presence of breast cancer in less than a teaspoon of blood. This technology has received international attention and provincial government funding. In 2016, the technology was transferred out of the university to Syantra, Inc., a spin-off company co-founded by Dr. Rinker.

Her team has also developed a patented drug testing device (patents issued in US, China and Europe, pending in Canada) and application specific protocols for drug testing.

With the increase in entrepreneurial activities in Calgary around biotechnology and health related technologies, Dr. Rinker plans to focus her efforts on community and government advocacy, policy, and resources to enable greater reach and impact of innovation by, and expansion of, the innovation pipeline at the University of Calgary in health-related areas.

Dr. Rinker plans to be a mentor for biomedical engineering and other undergraduate and graduate students and postdoctoral scholars developing technological innovations and interested in entrepreneurial endeavours. Key mentorship aspects include points to consider during technology development, identification and connection with potential end users, international considerations, and paths to implementation. 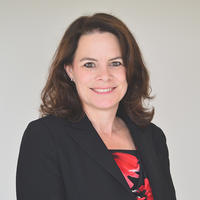 My goal is to match capacity in activities with the university, city, province, national and international spheres in regard to technology development, implementation strategies, and mentoring. The benefits will be increased success of local innovations and innovators, as well as global awareness of Calgary as an innovation and entrepreneurial hub.