Dr. Facchini’s research is aimed at understanding the biochemistry, molecular and cellular biology, and physiology of high-value metabolite biosynthesis in plants, with a focus on the production of pharmaceutical alkaloids and cannabinoids in opium poppy and cannabis respectively. This work has inherent commercial potential as health researchers investigate new plant-derived drug options for pain management and the treatment of other medical conditions.

In consultation with Innovate Calgary, Dr. Facchini co-founded Epimeron Inc. in early 2014 as a private start-up company responsible for the commercialization of research deliverables from his research program. Through and ongoing partnership with Innovate Calgary, Epimeron was able to acquire the assignments on five key patent applications. From 2014, Epimeron maintained a sponsored research contract with the University of Calgary, which involved $1.5 M in cash contributions. As a result, the company was able to file more than 20 patent applications, several of which have now been issued, with others pending. In 2018, Epimeron merged with BioCan Technologies Inc., extending its leading expertise in the engineering of yeast for the production of opiates to include the development of strains capable of producing pharmaceutical cannabinoids. The merged entity became Willow Biosciences Inc., which has recently closed initial financing involving more than $37M in private placement and has been listed on the Canadian Securities Exchange since April 15, 2019. The headquarters and main R&D laboratories of Willow Biosciences are located at the new Life Sciences Innovation Hub, and Dr. Facchini serves as the company’s Chief Scientific Officer.

With his Innovation Chair, Dr. Facchini aims to build upon the already successful integration of academic and industrial research. Willow Biosciences is built upon intellectual property generated exclusively in his laboratory in the Department of Biological Sciences in the Faculty of Science. Moreover, many of the world-class research staff at Willow Biosciences was trained under his academic supervision before moving to their current industry positions. He is the Principal Investigator for an industrial research contract ($1.04M over three years), an Alberta Innovates Strategic Research Grant ($1.4M over three years), and a Genome Alberta Applied Agricultural Genomics Program ($350K over two years), all recently begun and sponsored directly or in-kind by Willow Biosciences. The academic research performed in these projects will generate essential new intellectual property translated within the proven University of Calgary – Innovate Calgary – Willow Biosciences framework, and train the next-generation of exceptionally skilled industrial and academic scientists. This established innovation pipeline is already contributing to the revitalization of the Alberta economy, creating new jobs for highly qualified personnel, and promoting the innovation and entrepreneurship capabilities of the University of Calgary. 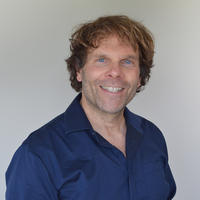 I am excited and honoured to share my innovation and entrepreneurship experience with the University of Calgary community. I am confident that the university’s bold and timely vision to promote, encourage and facilitate innovation and entrepreneurship will result in the establishment of a thriving biotechnology sector in Calgary and across Canada.