How four decades of UCalgary geomatics engineers have changed the world

Everyday use of paper maps has given way to satellite imaging and GPS-enabled smartphones as innovations sparked by University of Calgary geomatics engineers over the past 40 years have literally changed our understanding of the world.

It all started in 1979, when Dr. Ed Krakiwsky, PhD, became the first chairman of the University of Calgary’s then Division of Survey Engineering. His first graduating class had a mere eight students and its focus was on surveying techniques.

In the four decades since, geomatics engineering at the Schulich School of Engineering has become a world-leader in capturing, harnessing and commercializing the potential of location-based data – a field that has exploded in demand in our increasingly high-tech society.

“With so many successful graduates working here and around the world, we know that, for our current students, geomatics engineering is a path to a successful career,” he said.

By studying geomatics, you enter a very tight-knit community – one that lives on well after graduation, said Neufeld, who leads a geospatial technology innovation centre that supports the development and commercialization of geomatics technologies.

“I look at the strength and the breadth of the geomatics community in Calgary – with big companies and smaller companies starting up now. There’s an incredible base of location-based technologies that’s grown out of this university. It’s created a whole other layer to the city,” said Neufeld.

“People don’t realize they are using geomatics technology when they are pulling out their phones and getting directions to their next meeting. It’s being used for so much more. The UN is using location-based tweets to inform decision-making in conflict zones based on keywords. It’s all around us,” she said.

Spokes remembers when geomatics engineers were once consulted near the end of high-tech projects, almost as an afterthought. With the amount of modern data that has a spatial component to it, and the endless opportunities to make use of that data, Spokes said industries are now seeking out geomatics engineers to be at the forefront of their new developments.

“People know now that we need a seat at the table, that we’re not just surveyors,” she said.

Much of the new frontier of harnessing spatial data is being developed here. If you give geomatics professor Dr. Naser El-Sheimy, PhD, a few minutes, he will happily list off dozens of achievements sparked out of the small but mighty group that took on the mantle of the Geomatics Engineering Department in 1992.

With an ever-increasing number of ways to access, gather and use spatial-location data, the future of geomatics engineering is in harnessing big data and ensuring it is used safely and accurately.

We are used to having information at our fingertips and we need to be careful it is the right information, said Spokes. “We need to be using all this data in responsible ways,” Spokes continued. 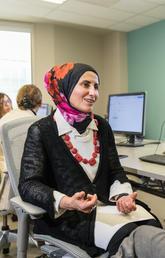 Driving research behind the unmanned wheel 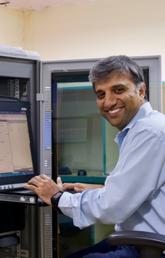 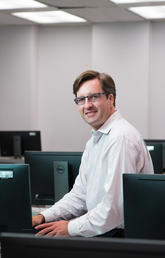 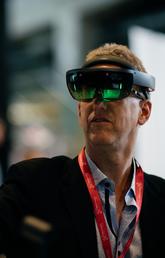 Forging ahead on the digital frontier