A new scholarship aims to open doors and create opportunities for Indigenous students at the University of Calgary.

The Ptarmigan Foundation Indigenous Achievement Scholarship was established this year with a $1 million donation to UCalgary from the Bird family. Their goal is to support and recognize Indigenous students achieving high educational performance.

Richard Bird, president of the Ptarmigan Charitable Foundation, says he hopes the scholarship will enable and encourage Indigenous students with strong academic performance to continue to excel in their studies.

We believe that education is the best tool available to level the playing field and provide the kind of life opportunities to Indigenous youth that our family has had the good fortune to be able to access.

“The scholarships are part of a broader initiative we are undertaking to provide financial support for Indigenous students attending numerous post-secondary educational institutes in Alberta and beyond,” says Bird, who was chief financial officer at Enbridge until his retirement in 2014.

The Ptarmigan Foundation Indigenous Achievement Scholarship, valued at $5,000 annually, will be awarded for the first time in September 2022, with applications opening in the spring. This award is the first of its kind to recognize Indigenous students' academic excellence and will eventually be awarded to eight students annually — two first-year awards and six renewed awards.

Bachelor of Science student Jonas Stadfeld is proof of the difference awards like this can make. It was during a run-of-the-mill visit to the campus bookstore four years ago, but Stadfeld recalls the moment with crystal clarity: He learned he’d won a game-changing student award that would cover his tuition, books and even some living expenses.

“It changed everything,” says Stadfeld, who is Métis and, with the support of the David Bissett Award, is currently in his fourth and final undergraduate year studying cellular, molecular and microbial biology.

I could concentrate on my studies and complete my undergraduate degree in four years, not five, get essential volunteer experience over the summers, and have access to extra resources to enrich my learning.

The award did more than ease the financial burden of post-secondary — it opened doors for Stadfeld, allowing him to follow his passion for microbiology and ecology by participating in numerous research projects, founding a science-based startup with UCalgary’s Launchpad program and, after he graduates in June 2022, he plans to pursue medical school.

Stadfeld credits his research in freshwater ecology as the highlight of his post-secondary career. The Faculty of Science student studies bacteria and aquatic macroinvertebrates, with the goal of protecting these vital freshwater ecosystems and fish for years to come.

“Bacteria have an underlying beauty,” he says, adding that, since bacteria make up the majority of the world, they teach him about the resiliency of life.

And resilience, along with support from the community, can make all the difference. Adds Stadfeld: “It is nice to have an opportunity to equalize the playing field.” 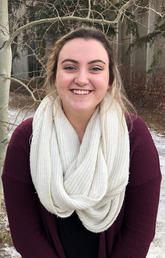 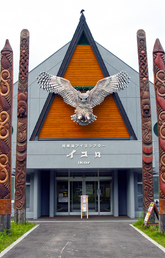 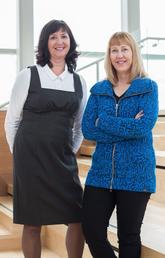 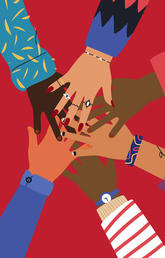