After 42 years, Professor Kathleen Mahoney is retiring from UCalgary Law

With visions of becoming a tax lawyer and civil litigator dancing in her head in the late 1970s, Kathleen Mahoney had no plans for an academic career. But a phone call from John McLaren, the Faculty of Law’s first dean, while she was completing her articles in Vancouver set a path that has led to an amazing career.

“I had lunch with John and he told me he was going to be the dean of this new law school,” explains Mahoney. “He planted a seed in my head that I should pursue graduate studies so I could become a faculty member. I was pregnant at the time and ready to go on maternity leave, so the timing was really good.”

She applied to Cambridge University, was admitted and moved to England for grad school. Once she finished her studies, Mahoney picked up the phone and gave McLaren a call. He brought her to Calgary for an interview, and the rest, as they say, is history.

I started at the law school in 1979 and aside from some visiting professorships around the globe, UCalgary has been my base ever since, and it has been wonderful.

Once she started teaching, Mahoney completed a graduate diploma at the International Institute for Human Rights in Strasbourg, France, which was the spark that fueled her passion for human rights, and which has provided tremendous opportunities to be involved in some significant human rights issues and cases over her career.

In 1999, Mahoney was hired to be the chief negotiator for the National Indian and Inuit Community Health Representatives Organization (NIICHRO), a group of women’s health representatives on reserves in Canada. The group was entering negotiations with the federal government for the wage discrimination they faced and achieved the first successful settlement ($45 million) for Indigenous complainants filed under the Canadian Human Rights Act.

“The experience opened my eyes to how brilliant and how great leaders these Indigenous women are,” says Mahoney. “Once I broke the ice with NIICHRO I was able to establish relationships in the First Nations community which opened the door to several other projects.”

Those projects included working with the Assembly of First Nations in 2003 as their chief negotiator for the Indian Residential School Settlement Agreement, which eventually led, in 2006, to the creation of the largest settlement in Canadian history including Canada’s Truth & Reconciliation Commission, and her subsequent representation of some individual survivors of residential schools in the assessment process for individual reparations.

Kathleen Mahoney at the ceremony where she was gifted a blanket from the University of Saskatchewan.

“Kathleen indeed is one of the most inspiring and memorable individuals I have had the pleasure of working with. She reached out to me initially when working on the NIICHRO, and later on when she built the team to represent the AFN in the Indian Residential School settlement. Both settlements were historic and groundbreaking,” says Aaron Renert, LLB’98. “Her ability to move mountains, take on the most momentous tasks and have the conviction that if you chip at a mountain enough times, eventually something interesting will happen, is admirable, and more than anything, I was awed by her sheer intellect, and her razor-sharp mind.”

As a result of her contributions, Mahoney was honoured with an Indian name from two different tribes—The Ojibwe First Nations of Manitoba and the West Coast Salish People—and was gifted a blanket from the University of Saskatchewan. She is also using her experience in her role as visiting professor at the University of Ulster to help survivors in Northern Ireland resolve historical child abuse claims.

Her work has been broad, and has included ruffling feathers through judicial training on bias and decision making, which eventually became the catalyst for the creation of the National Judicial Institute, to fighting against hate speech and the public display of pornography in Calgary businesses, which grew to roles as an intervener (alongside Linda Taylor, LLB’79) for the Women’s Legal Education and Action Fund in the Supreme Court of Canada’s R v. Keegstra and R v Taylor in 1990 and again in R v. Butler in 1992, and again in 2011 in the Saskatchewan Human Rights Commission v Whatcott case, all of which successfully resulted in jurisprudence address limits on hate speech and pornography that undermine equality and security interests of those targeted.

“Over the years, Kathleen has provided so many students and young lawyers with opportunities to work on novel and engaging cases and projects,” says Linda Taylor, BA’76, LLB’79. “For me, it was a pleasure and privilege to work with Kathleen on the Keegstra and Butler cases on behalf of LEAF. Her knowledge, passion and commitment to using the law to fashion a more equal and just world were and remain an inspiration. Kathleen and retirement do not readily go together, and I cannot wait to see what new challenges she embraces in the years ahead.”

Kathleen (fourth from left) and her students in the Indigenous Legal Traditions course at Blackfoot Crossing in 2017.

Mahoney acknowledges that if she had stayed in practice, none of her human rights work would have been possible without the flexibility and encouragement permitted by the university.

“I was teaching international human rights, humanitarian law, feminist legal theory, Indigenous legal traditions, residential school litigation, and tort law. There is a huge overlap between my human rights advocacy work and those fields of study, so I was able to bring them into the classroom and have my students involved in the actual drafting of documents, organizing conferences, or writing papers on the issues,” she says. “A lot of my students were involved in writing the residential schools report, which became the blueprint for the Indian Residential Schools Settlement Agreement, and some other work that I did around the Bosnian genocide, especially the litigation in the International Court of Justice. It was a beautiful combination of connecting classroom theory to real-life practice while doing critically important human rights work.”

While Mahoney’s tenure on campus may be coming to an end, she will be keeping busy working on a major land claim issue in Saskatchewan, as Canadian co-chair of the Raoul Wallenberg Centre for Human Rights, as well as reading, gardening, learning the violin with her granddaughter and horseback riding lessons.

“I’ll be keeping busy with my human rights work as well as pursuing some of the interests that I never had time to do while I was teaching. I’m really looking forward to it.” 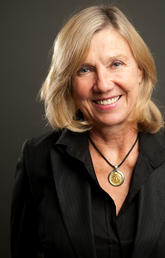