Five fun facts about this year’s parade, plus photos from behind the scenes

After COVID-19 forced it to take last year off, the Calgary Stampede is once again in full swing following its parade on July 9.

The Stampede Parade looked a little different this year — for one thing, it never left Stampede Park and was televised rather than passing by thousands of spectators — but the spirit of the Greatest Outdoor Show on Earth was as strong as ever.

We spoke to parade expert Teri McKinnon, honorary life director with the Stampede, who says parade volunteers tried their best to replicate the experience that many know and love in this year’s virtual parade.

“The parade has always been a gathering place in the heart of downtown for the community to launch our signature event,” says McKinnon.

What was different this year?

The 2021 Stampede Parade was downsized to accommodate enhanced safety measures, and McKinnon says there were a few things that made this parade different and memorable from past presentations:

UCalgary was fortunate to be included in this year's parade and our volunteers were excited to be part of a this historically different parade. Check out these behind-the-scenes photos. 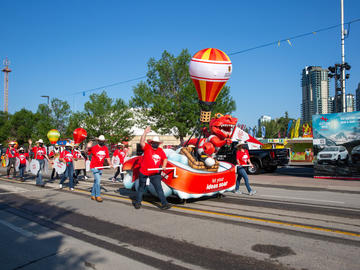 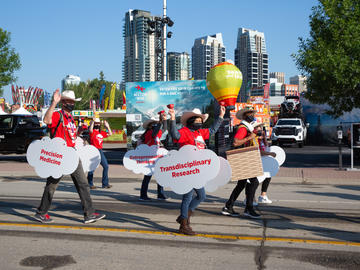 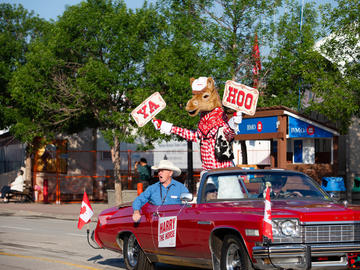 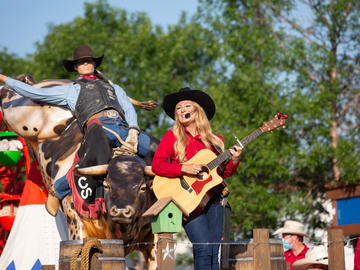 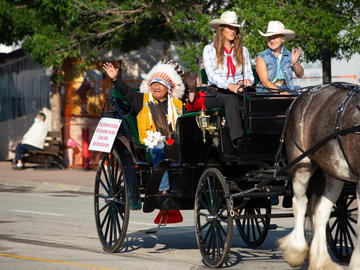 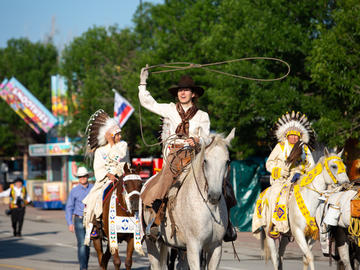 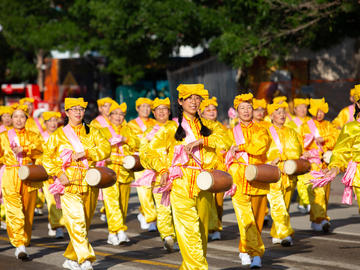 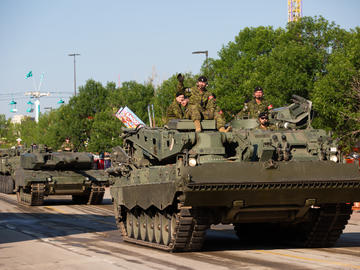 The 2021 Calgary Stampede returns July 9 to 18 – volunteers and employees look forward to welcoming you back for a safe celebration. As a proud partner of the Calgary Stampede, UCalgary will feature opportunities to get in the spirit throughout the week.