Earth Day and COP 26 from a UCalgary perspective

2022’s Earth Day theme Invest in our Planet highlights how everyone must do their part to secure a prosperous future. This reaffirms the importance of Canada’s role in combating climate change, as discussed at 2021 United Nations Climate Change Conference (COP 26) in Glasgow.

COP 26 may not have been a total success, say two University of Calgary professors who attended the conference, but it demonstrated multilateral international co-operation on climate change.

“I think one of the takeaways from COP 26 is that no one was absolutely happy with everything in the Glasgow Climate Pact. And that’s completely normal. That’s just a product of multilateral negotiations,” says David Wright, an assistant professor in UCalgary’s Faculty of Law.

“But I was pleasantly surprised at how far things did get, and how several significant items were addressed.”

Wright, along with fellow UCalgary Law professor Sharon Mascher, LLB’90, LLM’95, were among more than 14,000 observers representing non-governmental organizations including environmental, Indigenous, youth, research, industry and media groups as 197 countries discussed and ultimately adopted the pact, which seeks to limit global warming to 1.5°C and to reduce the use of coal and fossil fuels. Wright has written a two-part post for UCalgary Law’s ABLawg blog detailing his experiences at COP 26.

Canada must be action leader

Both Mascher and Wright emphasize how important it is that Canada be an action leader when it comes to climate change.

“The Government of Canada (along with the G7 and the G20) has been committed for a long time to phase out inefficient fossil fuel subsidies. How this commitment is operationalized will be essential to seeing real change,” says Mascher, noting that doing so will have important consequences for Alberta.

“Greenhouse gas emissions have been linked to economic prosperity since the Industrial Revolution, and so the developed world and its historic emissions have not only disproportionately contributed to the problem, but have also been the economic beneficiaries of the problem.”

For those who believe it isn’t Canada’s responsibility to fix climate change, Wright argues:

How can other nations be expected to act if Canada doesn’t? We are a high-capacity and high-emitting country with a wealth of natural resources; if not us, then who?

"The Paris Agreement (drafted in 2015 at COP 21) is premised on a framework that requires action from everyone and it is largely based on trust between parties that feeds into collective action.”

Mascher says the failure to make good on long-standing financial commitments owed to the developing world relating to adaptation, loss and damage cannot be overlooked.

Climate change and sustainability at UCalgary

UCalgary has a long history of doing its part to invest in our planet, including supporting cutting-edge researchers operating in the climate and energy spaces, like those who work and study at The School of Public Policy. The new MacKimmie Complex, UCalgary’s first zero-carbon building, is one great example of the university’s dedication to reach its goal of achieving a carbon-neutral campus by 2050, as outlined in its Climate Action Plan. This and other sustainability actions were discussed during the community engagement webinar, The Road to Net-Zero.

The MacKimmie Complex has several carbon-reducing and energy-saving technologies built into its foundations, including the use of photovoltaic cells, automatic tinting on its windows and a double-façade outer layer. The tower was also retrofitted from an older building (it was built in the early 1970s as an extension to UCalgary’s library) instead of being built from scratch, which significantly reduced greenhouse gas emissions normally associated with a project of its size and scope.

Just like at COP 26, co-operation and collaboration across multiple stakeholders and disciplines was key in MacKimmie’s construction and remains key with its current users. “Like climate change, there is an education component to the new MacKimmie Complex,” says Dr. Bryanne Aylward, BSc’06, PhD’12, interim director of sustainability reporting and engagement.

“It’s important that we educate the building’s users on how to operate it properly to maintain it. Even small actions like putting on a sweater instead of turning up the thermostat can have a huge impact and allow the passive heating and cooling systems to run optimally.”

It likely won’t be the last redevelopment of this type on campus. “We plan to assess additional buildings on campus to see which ones qualify for retrofitting and are ensuring that any new buildings constructed on campus meet the highest standards possible,” says Aylward.

Visit Earthday.org for more information about Earth Day, local events and how you can get involved. 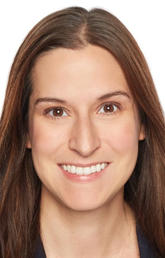 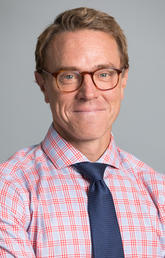 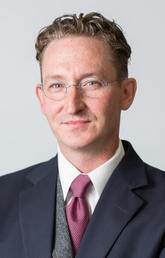 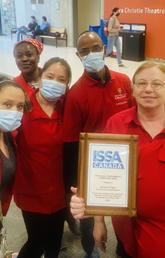 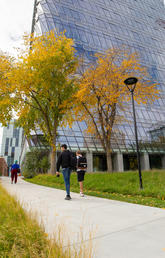 Main UCalgary campus returns to its roots in landscape plan 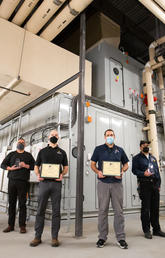