“By moving our Haskayne Alumni Awards celebrations online we are hoping to connect with even more alumni from both near and far,” says Dr. Jim Dewald, dean, Haskayne School of Business. “I cannot wait to hear our three recipients share their wisdom on navigating disruption.”

Driven to dig into the untold story, Tara Weber first began in the media industry as an intern in the 10th grade. This passion delivered more than a decade of working in newsrooms across the country before she began to contemplate a career change, signing on for the Haskayne MBA program.

“I came in thinking that maybe my skills were not as recognizable as people who were engineers or in banking, but what I came to realize is that my soft skills were actually pretty rare in some ways,” says Weber. She capitalized on her teamwork skills, competing in the Innovation Olympics against top-tier international MBA teams and winning the silver-level prize.

Not long after starting her Haskayne MBA, Weber was scouted by BNN Bloomberg for her unique combination of business acumen and media experience. Now, as the Western correspondent for BNN Bloomberg, Weber directs attention to emerging issues and has broken stories that have changed provincial institutions.

“The way Tara is a trailblazer is that she is a young woman reporting on an industry that is still male-dominated,” says Andrew Bell, anchor and colleague at BNN Bloomberg. “Tara for me is one of the few women out there reporting, in a very prominent way, on the energy industry.”

While at Home Oil, Monaco also worked on his MBA at Haskayne. “Al was a part-time MBA student in the fall of 1995 and he kind of stood out because he was diligent, hardworking and really eager,” says Dr. Gordon Sick, PhD, professor emeritus of finance, Haskayne School of Business. “Home Oil was being acquired by Anderson Petroleum and Al took on the role of investor relations. He was in the news all the time and so Al would come into class and we’d query him.”

Since those early days, Enbridge has benefited from Monaco’s leadership. In his current rol, Monaco is influential on both the national and international stage as a member of organizations such as the American Petroleum Institute executive and finance committees, the U.S. National Petroleum Council and the Business Council of Canada — helping to realize opportunities amidst the transformation being seen in the energy sector.

“If you roll back the tape a few years, we were predominantly a Canadian company focused on one thing — crude oil transportation, and we did it really well,” says Monaco. “But over the last few years we have really built a diversification strategy that has opened up our infrastructure, assets and growth to other opportunities.”

Cole Orobetz is co-founder, CEO and CFO at Alpha Foods. Founding the company in 2015, Orobetz was ahead of the plant-based protein wave with a focus on food options that are convenient and most important, delicious.

After graduating from Haskayne in accounting, Orobetz started his career at EY and then moved to Avrio Capital, a venture capital fund focused on making growth investments in food and agriculture technology companies. While at Avrio Capital, Orobetz was part of the investment team and also recognized as the youngest person to serve on the Canadian Venture Capital Association’s CFO Task Force executive committee.

With his venture capital experience and L.A.-based business partner, Orobetz was well positioned to seize the opportunity to bring an upstart plant-based food to market. The company had to scale up quickly to serve its first customer — the retail giant Walmart — who took on four burritos in late 2017. Progress has continued rapidly in both in the retail and food service channels, now with 28 retail products in more than 10,000 stores in the United States. In late 2019, Alpha Foods expanded into Asia, starting in Hong Kong and partnered with KFC for a launch of the Alpha Chick’n Nugget.

“Cole has built the company and brand from the ground up in collaboration with myself and many of his former network and colleagues,” said Richard Rawnsley, BComm’07, in his nomination package for Orobetz. “In retrospect, one gets the feeling Cole always expected to build his own Moonshot and spent his entire career building the right relationships and team to get there.”

The Haskayne Alumni Awards ceremony will be held online Oct. 15, 2020. Celebrate our three recipients, connect over mocktails with a demonstration from Hotel Arts, and engage your fellow Haskayne alumni. Register for your spot to this free event. Early-bird registrants before Oct. 1 within Calgary have a chance to win a signature meal for two from Hotel Arts. 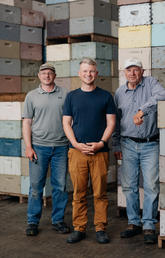 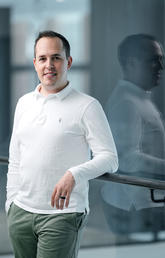 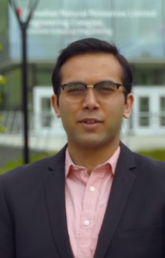 Class of 2020: Dual engineering and business degrees for history-making grads 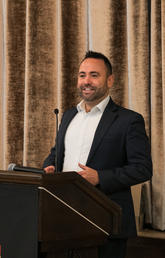 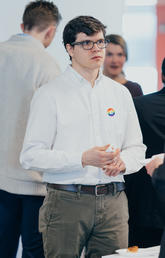 Class of 2020: First Haskayne Master of Management class equipped to face the steep demands of running a company