Excellence in teaching, mentorship, and personalized strategies for career development recognized by peers

He says the honour is a validation of his work in the field, and is made more meaningful because it’s awarded by peers. “Engaging as a teacher involves interacting with students, not just lecturing them,” Dunn says. “I like to give them management and communications skills. It’s really rewarding to see students grow as people, not just take on facts. It’s very rewarding to help facilitate their careers, and I hope I have.”

Since joining UCalgary, he’s been on 25 graduate student committees and part of 108 oral exams. As testament to the effectiveness of his supervision, in just the last five years his students have authored or co-authored 30 peer-reviewed papers. Many have also been awarded Vanier Scholarships, Queen Elizabeth II Graduate Scholarships as well as awards from CIHR, AIHS, and NSERC.

For the past three years, Dunn has been the co-neuroscience graduate program director, while pioneering new ways of teaching communication skills to researchers. In addition to more than 2,000 followers on Twitter, in collaboration with Calgary’s Loose Moose Theatre he developed a program that’s unique in the world using improvisation drama to improve communications. He also participates in Beakerhead, the annual science and art fair, and is a founder of Calgary’s Science Slam.

“Dr. Dunn can guide a student through a complex study design, but make students feel that they themselves designed the experiments and solved the problems,” says Dr. Runze Yang, MD, PhD, now a resident in the Department of Clinical Neuroscience. “He’s keen on brainstorming the interpretation of results and helps nurture a true sense of academia. If a student wants specific training, he is always willing to support them. He specifically trains students in skills related to writing and communication so they have the skills to be successful academics.”

Dunn takes pride in fostering equal relationships with students and brainstorming ideas, “no matter how crazy they are so we can come up with solutions. We bandy ideas around like balls in a dodgeball game.” Once, this happened as a custodian was looking on. She later approached Dunn and said it sounded like an episode of House, the television medical show.

Another former student, Dr. Chris Duszynski, PhD, speaks of how Dunn helped prepare him for a career in the private sector. “He continuously offered guidance and support. Not just to me, but to every trainee in the lab. He supported me in pursuing a specialization in medical imaging, requiring significant extra course work. As I became increasingly interested in entrepreneurship and the commercialization of medical technology he encouraged me to [study through the Haskayne School of Business], again extra work some supervisors may consider as distractive to the research program.”

Dunn helps students prepare for many opportunities after they graduate. He says:

It’s important to identify a career path and develop skills in that area. One of the things I try to do is to treat students as if they’re already in the next stage — treat a master’s student like a PhD, for example, to get them ready for the next stage of their career.

Dunn says it’s rewarding to teach at a university that’s more supportive of graduate students than many institutions elsewhere — and particularly rewarding to be in the classroom. “Academia can be a super stressful job. You fail most grant applications. Sometimes you feel like you’re not good enough compared to peers. It can be quite difficult as your career progresses.

“But one of the things that’s such a joy is teaching. It always has rewards. It’s just fun,” he says. 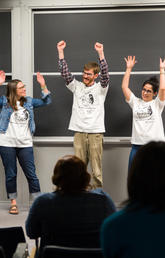 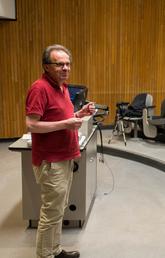 How stress-busting makes you a better communicator 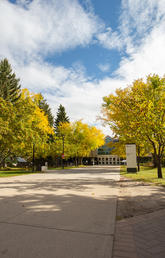 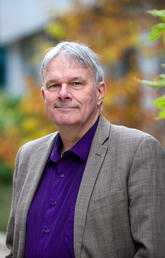 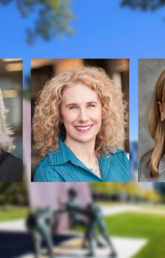 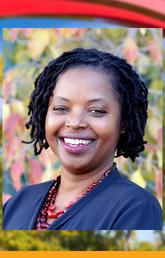