ULCC uniform laws can be influential, particularly where issues are complex and uniformity between provinces is desirable. Provinces decide whether to adopt uniform acts, in whole or in part, in order to modify the law or fill gaps.

“We were driven to undertake the project, because we saw a barrier to access to justice for individuals whose intimate images are shared non-consensually. They want easy and fast mechanisms to get the images taken down and the laws, at the moment, make that difficult,” says Laidlaw.

“There are many reasons for this – lack of uniformity between provincial laws, the length and cost of litigation, the high bar for injunctive relief. We drafted legislation that enables two-tracks for a civil claim: a speedy takedown procedure, and a traditional cause of action with damages. We also broadened the definition of intimate images to address evolving forms of abuse: threats to distribute such images, deep fakes and images where individuals are not identifiable, such as upskirting images.”

Young and Laidlaw developed two distinct torts, one being a more traditional action for damages and the other focusing on limiting the image’s distribution. This could be through court orders to remove images from the internet, de-index search engine results or destroy physical copies.

The Uniform Act helps to achieve this by imposing a minimal onus on the applicant, presuming distribution was non-consensual, and by specifically providing for different kinds of injunctive relief.

Some of the ULCC’s work is reflected in Saskatchewan’s new human trafficking law, which provides, for example, for court orders to de-index sites with non-consensual intimate images from search engines. And although PEI’s Intimate Images Protection Act was enacted before the Uniform Act was completed, it reflects some aspects of Young and Laidlaw’s approach, such as making threats to distribute these images tortious.

In the News: Explore UCalgary

Research project looks at privacy law for the digital age 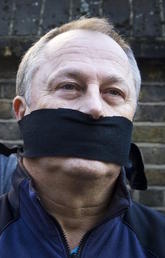 Popular Science is wrong to get rid of online comments