Before corndogs, fireworks and packed grandstands, there were families working hard to innovate the cattle business and build strong communities — they lived the stories at the heart of the Stampede spirit we celebrate each year.

Their stories have inspired many academic researchers to study the historical figures who published essays, memoirs and insights about ranching life. The West series from the University of Calgary Press focuses on creative non-fiction that explores our sense of place in the west — and much of it is available to read for free online.

Brian Scrivener, director of the Press, says Stampede 2020 may be the perfect time to discover the people and places that have shaped the culture of our province.

“In a year in which we can’t physically attend the Stampede, this is a way to reach out and touch the lives of cowboys and ranchers throughout history in southern Alberta,” says Scrivener. “There were a lot of people helping people — that was just part of the frontier life, so you do see rich connections between families and communities.”

Scrivener selected some favourites from The West series that will take you back in time to meet some of the historic figures and families.

Ranching Women in Southern Alberta examines the rhythms, routines and realities of women’s lives on family ranches. As these ranches replaced the large-scale cattle operations that once covered thousands of acres, women were called upon to ensure not only the ongoing economic viability of their ranches, but also the social harmony of their families and communities.

A unique exploration of the Second Cattle Frontier through the lens of the Rocking P Gazette, a monthly newspaper edited, illustrated, reported and published by 12- and 14-year old sisters about daily life in the 1920s at the Rocking P Ranch. The book captures not only a system of agricultural production, but a way of life that continues in southern Alberta to this day.

The Bar U and Canadian Ranching History by Simon Evans

This fascinating story of one of the most famous ranches in Canada integrates the history of ranching in Alberta with larger issues of ranch historiography in the American and Canadian West. The book covers three distinct historical periods based on the eras of the colourful individuals who owned and managed the ranch.

So Far and Yet So Close: Frontier Cattle Ranching in Western Prairie Canada and the Northern Territory of Australia by Warren Elofson
Free PDF available

This study of frontier cattle ranching in two societies on opposite ends of the globe compares Canadian and northern Australian cattle frontiers. Similarities stemmed from a shared lack of lack of infrastructure, institutions and population, but in the end, the natural environment pushed agricultural development in these two regions along very different paths.

The University of Calgary Press

The award-winning University of Calgary Press was established in 1981 to publish peer-reviewed scholarly books, many of which connect the Alberta experience to the global community, as well as works of literature and non-fiction books designed for a more trade-oriented market. Approximately 40 per cent of the Press’ offerings are written by UCalgary faculty, while other scholarly authors come from around the world.

“The University of Calgary Press makes information widely available at no cost to the reader through Open Access,” says Scrivener. “We feel it’s our responsibility to allow people outside our campus to readily become aware of the excellence of research and scholarship done on our campus.”

Community spirit cannot be cancelled — UCalgary at the Calgary Stampede

UCalgary is a proud partner with the Calgary Stampede. Together, we are offering many ways to get your fix of cowboy culture, fairground food and community connection. Learn more at ucalgary.ca/stampede. 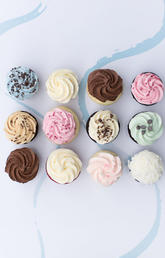 Design Your Own Arch Awards Dinner With Alumni Fare 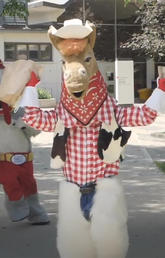 Stampede spirit is alive and well at UCalgary 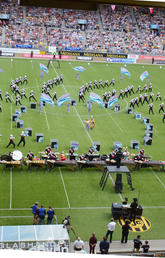 Staying in formation: How Stampede Showband defined the future for Werklund alumnus 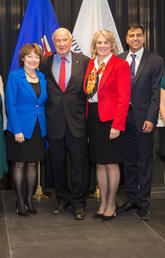 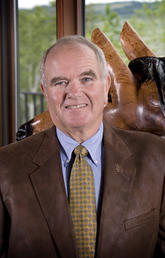