What COVID-19 has shown us and what we must do about it: Brian Mulroney

Launching a blue-ribbon panel to improve health care, implementing a universal basic income, and dismantling systemic racism were among suggestions made by former Prime Minister Brian Mulroney, during a virtual discussion on how Canada can come out stronger post COVID-19.

His suggestions — which he shared during a public virtual conversation hosted by the University of Calgary’s O’Brien Institute for Public Health on Nov. 29 — were intended to address aspects of Canadian society that have been laid bare by the pandemic, such as economic inequities, social injustices and stretched health systems.

“A proud nation like Canada… we’re going to have to change our posture. COVID has changed our lives, changed our perspectives and changed our priorities,” Mulroney told institute scientific director Dr. Tom Stelfox, MD, PhD, in a fireside-chat-style conversation. He discussed what Canada must learn, and the hard changes it must make, to better look after the wellness and well-being of its citizens.

The discussion with the former prime minister left Stelfox with hope that Canada will step up and do what it needs to emerge from the COVID-19 pandemic stronger and healthier than before. The conversation also served to remind him, says Stelfox, that Canadians do a lot of things well but that there are also many challenges that still need to be addressed.

“Mr. Mulroney’s years of experience remind us that many of the public health challenges we face today — such as reconciliation with Indigenous Peoples, poverty, racism, health system sustainability — have been with us for years and the time has come to meaningfully address them,” says Stelfox.

That lower-income Canadians have carried a larger burden through the pandemic is one of the challenges that Mulroney highlighted during the discussion.

Mulroney, who served as the country’s 18th prime minister from 1984 to 1993, recalled the plight of average Canadians left on financial straights, and alone to face an uncertain future.

“During the pandemic, I have to admit, Mila and I were living okay through this… But how about those parents who lost their jobs through the course of the pandemic. Can you imagine the despair in that household?” said Mulroney.

“How is that possible in a nation as prosperous as ours, for people to live in fear for their future and that of their children? We can do better than this.”

A universal basic income is one of the ways Mulroney said Canada can start to address poverty and the inequities that it brings. Another is the intentional and determined dismantling of systemic racism in Canada.

Being determined in pursuing reconciliation with Indigenous people “is fundamental to our national character, as is the elimination of systemic racism,” said Mulroney.

“We have a moral imperative… It is absolutely appalling, that one of the greatest countries in the world, has the instances, and level of racism and anti-Semitism, that we’ve witnessed.”

But the most pressing issue today, according to Mulroney, is the divisiveness that’s tainted the public discourse, which he referred to as, “the challenge of our time.”

Mulroney recalled being at the heart of what was described as the most divisive election in Canadian history. Yet, the personal attacks and inflammatory tactics he said he witnessed during the adoption of the North American Free Trade Agreement do not compare to the social and political environment today.

“The attacks that I dealt with were very minor. They were about free trade. Now we are dealing with a guy on the evening news… who is telling us not to get vaccinated, and if we listen to him we die,” said Mulroney, who added that the way to overcome the pandemic is to overcome the polarization, and the way to do that is through knowledge and information.

Use truth to overcome polarization

“The only way is with the truth — to destroy their argument… and use the truth to inform,” said Mulroney, describing the public debate around the pandemic as ideology versus science, and one that, along with a conspicuous lack of leadership and research funding, is hampering public health measures’ ability to bring this situation to an end.

The solution to this problem is vaccination and booster shots. We know this works, if the majority of people move towards that… and it requires leadership.

“You don’t get elected to become popular. You get elected to provide leadership… If we don’t take these (challenges) on, irrespective of popularity, then Canada will stall.”

Discussing these tough challenges with the former PM, Stelfox says, left him optimistic about the future, adding that the conversation illustrated how Canadians always seem to get to work and come “together to build a better society when the need is greatest.

“Mr. Mulroney reminded us of the power of kindness and candour. In a pandemic with highly polarized public discourse, he showed how Canadians can respectfully disagree while working together.” 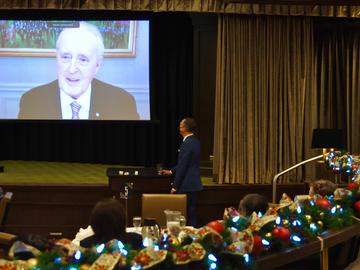 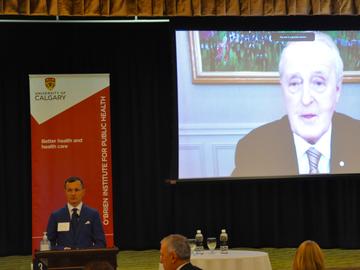 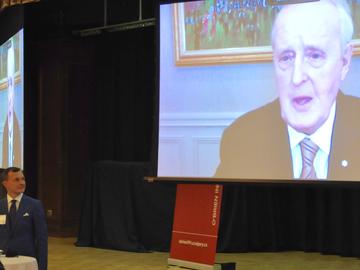 Finally, Mulroney called on the federal government to establish a blue-ribbon panel to investigate how to make the health-care system more effective, efficient and responsive, citing that Canada is the second-highest health-care spender in the G-7, yet ranks at, or near, the bottom of 28 of the top OECD nations in terms of doctors and hospital beds per capita, and in terms of wait times.

The panel should be small, said Mulroney, made up of no more than five or seven experts, and have a one-year mandate to investigate and report back to the federal government with action items to improve health outcomes and well-being.

He compared the Canadian system to that in the U.S., which, he said, if one can afford it, is more effective. But he added that when compared to Canada, the U.S. has a lower life expectancy and a higher child mortality rate.

“In the U.S., they have an excellent system, but it costs twice as much as the Canadian system per capita and they still have 40 million people not covered,” said Mulroney.

“So, what I have to say is, thank you Tommy Douglas… who provided us with an excellent public system.

“Generally speaking, you could say we don’t have a lot to complain about. But we do. We need to look at our system from time to time and make it better, so to improve the lives of all Canadians, and you couldn’t find a more honourable goal.” 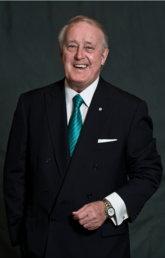 Harper, Chretien to share more than just a stage 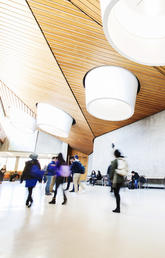 Survey says: When it comes to anti-racism, we reflect more than we act 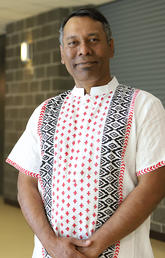 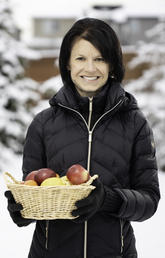 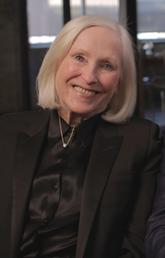 Gail and David O'Brien: Hitching your wagon to a cause greater than yourself